Recently Elysian Brewing was bought out by AB-InBev and as could be predicted reaction on the internet was swift and dramatic to this dramatic exit plan.

These concerns may or may hold true, but I am calling for a cooler heads to prevail on this exit plan so that we can see how things unfold.

Exit planning is a necessary part of any business, and breweries are included in this as well.  Making beer may be a noble enterprise, art and craft, but it is first and foremost a business.

As companies form, do business and grow, they reach a point where tough decisions need to be made that reflect the nature of businesses.  There are a few concerns that need to be addressed in planning for the future not only of the business, but also for the business owners.

1. Brewing is a capital intensive business.  Large amounts of cash are constantly tied up in equipment, raw ingredients and unsold product.

2. Equipment and facilities have a maximum capacity, and periodic upgrades are required in order to expand.  (As the number of craft beer breweries are expanding, the need to forecast growth is imperative.  Backlogs in new equipment orders are growing).

3. Business owners age, get tired and look to capitalize on their hard work.  To monetize their work and investment, cash needs to be brought into the business whether from investing or outright buyout.

With an understanding that at some point many breweries will need a cash investment for exit planning, why the anger from the craft beer fans?

The sale by Elysian represents what I think most of the disappointment from.  People, on at least some level, understand the need to take in cash to the business or plan for the owners exit.  Their concern, and mine as well, is where the money comes from.

Since the early pioneers of professional craft brewing, craft has been pitted as an Us versus Them enterprise.  Craft beer has benefited from the perception (and to a  large degree, reality) of being in opposition to Big Beer.

Big beer in North America, since the end of the Second World War, has worked on a simple premise – make inoffensive beer cheaply (via economies of scale and using what are often viewed as “lesser” ingredients), expand and advertise as much as possible,  and buy out regional brewing rivals (often closing them shortly thereafter)

Sierra Nevada, Anchor Brewing and the defunct New Albion cut their teeth working in opposition against Big Beer.  They made their companies and reputations on selling beer that used new hops, different ingredients and in some cases different equipment and processes than the Big Guys.  Breweries that have come afterwards have built upon, and indeed benefited from, this opposition to the “big guys.”  In our example here Elysian itself directly capitalized on this paradigm, going so far as to brew a beer that they named Loser: Corporate Beer Still Sucks. 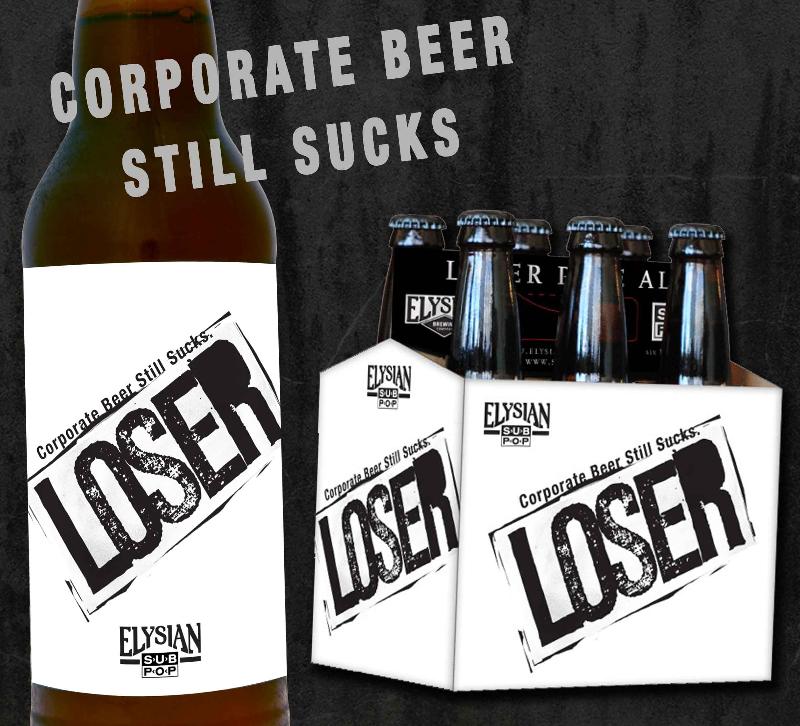 Knowing that Elysian produced a beer such as this clarifies some of the fallout that they have received.  This has not been lost on them though, as they recently posted a mea culpa of sorts, as posted recently on their website.

Having laid out some of the essential facts as they can be determined at this point, where should we sit on this exit plan?  I say wait, be patient, and see what happens.  Many in the public have very short memories, but history teaches us that not all change is bad.

Goose Island was bought out by AB-InBev in 2011 and much hatred went their way as well.  Time has shown though, that their exit plan was a wise one.   The buyout allowed for a massive influx of capital that has paved the way for them to experiment and produce even more great beer, all the while keeping the core beers good and allowing for a wider distribution.

In the end, the deed is done, and all we can hope for is that the exit plan will allow the business to thrive and keep the good beer flowing.

@bensigurdson That will surely be taken under advisement!

@middletapmag I read the piece. Fun stuff. A couple things I take objection to.

@ThousandThought They fire a lot of players with poor results.