People have many strong opinions on contract brewing. With closer examination it is possible to come up with a defensible position on the subject.

It would seem that many folks are strongly against the idea of contract brewing for a few simple reasons.  Before discussing this though, it is probably best to examine what contract brewing is.

Contract brewing is an agreement between two companies where both are (oddly enough) referred to as contract breweries.

One party owns a brewhouse capable of brewing more beer than their company needs and thus they sell a portion of their production capability to another company.  This brewing company typically brews and packages beer for the other party in the relationship.

(There are examples though where the party purchasing the extra capacity actually brews on the brewhouse of the former, although this relationship is sometimes referred to as tenant brewers or alternating proprietorship)

The second party in the relationship thus is responsible for everything that happens after the beer production such as sales, marketing, shipping etc.  The relationship between the two companies can vary greatly in its specifics in areas such as storing and cellaring of the finished product, quality control and recipe development.

So the relationship between the two companies is rather simple to describe from a top down level.  One company has too much production and sells that capacity to another.  This seems like a simple arrangement that benefits both parties.  Why then is there such debate and emotion on the subject?  It really boils down to perception and emotion.

Why are some beer enthusiasts upset with contract brewing if it benefits both parties?

Critics of contract brewing argue some simple, but yet strong, points against the arrangements.

Many critics argue that the company that doesn’t own the brewhouse is not a true brewing company.  These companies can sell a product that they have no hand in producing or indeed even developing.  They can “get away” with owning very few tangible assets while bringing a product to market.  To the critics then, the contract brewing company is a company that is essentially marketing and selling another’s product in a very hands off fashion and often does so in a deceptive manner.

There is often much criticism of contract brewing aimed at the producers of the beer in question as well.  Critics have an argument that is typically twofold.

So what is the flipside of the argument?  As I am fond of saying, there is always a catch.

For the contract brewer that is having their beers produced by another brewing company, what is the appeal?   At first blush there are two excellent reasons.

First of all, being able to get to market and sell beer without a large capital investment is obviously of great benefit.  For a minimal investment, a contract brewer can get a business up and running while developing a positive reaction in the market.  This has been done successfully in the past by Shmaltz Brewing  for example, where they spent several years developing a brand and building capital until they could purchase a complete brewing system.

To their credit, Shmaltz are completely transparent about their situation and history. They even went so far as to brew a beer celebrating their transition to a fully functional brewing company. While I haven’t had a chance to taste it yet, I would love a taste of the aptly named

Death of a Contract Brewer – Schmaltz

Another interesting situation that argues for contract brewing is where a brewing company has a demand for far more beer than they can reliably produce in their current facilities.

There are a few reasons for this, such as a spike in demand that outstrips current brewhouse capabilities or the current lag time on new equipment orders with the surge in craft brewing company startups. Some companies ordering new brewhouses today are looking at 6 months or more of lead time.

A particularly great example of a brewery that ran in to the problem of an inability to produce enough beer in their own facilities is that of a well known brewery from New York.  Although in recent years the Brooklyn Brewery (led by Brewmaster Garett Oliver, a recognized authority on beer) has greatly expanded their operations, it was a well known fact that much of their production was located out of the main brewery. (In this case, their production wasn’t even done in the same city) 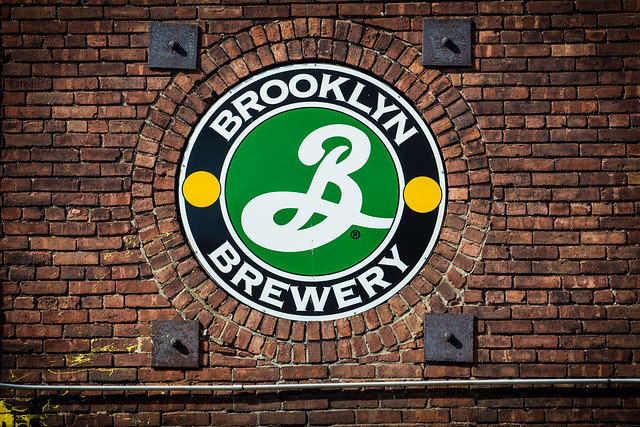 So having examined both the positive and negative aspects (or perhaps it is the appearance of such) of contract brewing, where does the middle ground lie?

Like many things in life, people can have very strong reactions to anything that does not appear to be honest and transparent. It seems like a regular occurrence in today’s society that companies maintain a facade of a story that does not reflect their own particular reality. These stories are often steadfastly held on to until news breaks and reality spills out to the general public. Reactions then occur and no one is the better for it.

There is a particular example of contract brewing occurring in my corner of the globe. Those “in the know” about it of course have a range of thoughts and emotions about this company and its practices, and I am not any different. I’ve listened to many others as I shaped my thoughts and I agree with some elements and disagree with others. I have thought about it long and hard, wrestling with my own particular blend of emotion and feeling against logical thought and reached what I think is a reasonable conclusion.

So where do I lie? I like to think right in the middle on this particular issue. (Which is admittedly rare for me as I often tend more toward self identified extremes)

How can one justify contract brewing?

Starting up a fully functional brewery is an expensive proposition. To get a production brewery that packages its own beers up and running easily requires hundreds of thousands of dollars if starting with nothing and buying new equipment “off the rack.” Of course there are some shortcuts (such as starting with a much smaller brewhouse with a correspondingly lower production capability) that can lower the cost, but the point is that most new breweries will require large amounts of capital.

The large capital investments needed by brewing startups are largely prohibitive to many aspiring professional brewers. Unless one borrows large amounts of capital from lenders or takes on several investors (many with very different interests than the potential pro-brewer) most prospective brewers are woefully underfunded to start up a mid-scale production brewery. (Of course this excludes small scale breweries such as nano-sized operation) This then leads some to find other ways to come to market with a product.

Contract brewing then offers an appealing opportunity to both under utilized brewing companies and budding brewing start ups. As the established brewery has excess capacity, it is able to use downtime to make beer for the startup and thus monetize lost potential. For the potential startup, they are able to develop marketing, sales, product lines, and, most importantly, capital.

And this is where my opinion lies. I see no problem with contract brewers at all, if they meet two simple requirements.

First of all, there must be an openness and honestness about the relationship. Both parties should be willing to discuss the situation and its impact. (no one is asking for financial details, but we should have the basic details such as brewing ingredients and production specifics)

Thus, for the beer producer the goal should be to stop the contract brewing process by building up their own sales and thus requiring the excess capacity for its own needs.

For the recipient of the brewed beverage, the goal should be to build up enough sales and capital to expand into their own production brewery.

Failure to choose to end the contract relationship and open a production brewing operation would open up the company to allegations previously discussed – namely that the company in question never really had goals to be a true brewery, but rather was always aiming to simply to be a sales and marketing operation.

For the record, in the instance of the our local contract brewer, the recipient of the beer has been far less than open and honest about their side of the relationship. (Thus leading to some calling them more of a marketing company than brewer) In fact, many would argue that they have been awfully deceptive.

As to the beer producers, I reached out to them via email and received no response.