Why are homebrewers behind some of the best and worst beers made?

I recently wrote about the best and worst beers that I have ever had.

It is no simple coincidence that both of those beers were made by homebrewers, and I believe that many other folks that are fans of craft beer have had similar experiences.

The mind thus turns to the obvious question – why are homebrewers responsible for some of the best and worst beers?

So let’s get the bad beer out of the way.  Homebrewers make some awful brews, myself included.  There are several reasons for this, and most are pretty obvious.  Here is a list of some of the more common problems.

The reasons for bad beers are many and varied, and the above list is certainly not complete.

Why though, do many homebrewers make such great beer?  There are many reasons for this also, but here is another partial list.

These are some of the reasons as to why homebrewers make some beer better than the Pros, but of course there are many more. 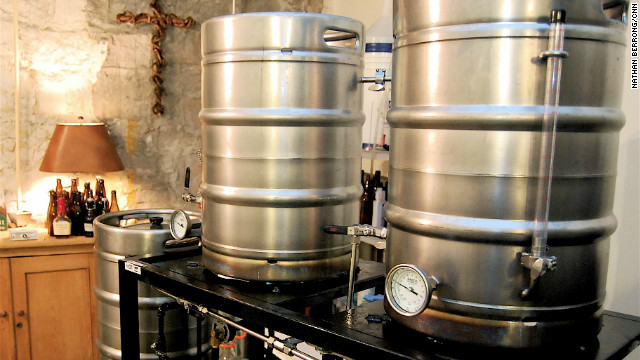 So what does all of this mean?  Well this is my response to something that I have heard many times before, namely that homebrewers make bad beer and cannot approach the level of skill at their craft that the professionals do.

I find that claim by some beer aficionados to be nothing but a lack of experience in the world of amateur brewers.  What they also often forget is that even the pros turn to the amateur scene for ideas, inspiration and sometimes even recipes.

One final thought.  Professional brewers sell a commercial product for a profit.  Homebrewers though are motivated for far different reasons that allow them to produce very different beers, be they good or bad.

To turn one’s nose down on a brew that was made by a homebrewer is to potentially give up a fantastic beer –  and who would want to do that?  Aren’t we all here for the same thing, namely good beer?

RT @SethAbramson BREAKING NEWS: Mitch McConnell Says He Will Support Trump If He Runs in 2024, Confirming That All His Public Statements About Trump's Culpability for the January 6 Insurrection Were Lies twitter.com/abbydphillip/s…

46 seconds ago from Beer Fan's Twitter via Tweetbot for iΟS

@bensigurdson That will surely be taken under advisement!